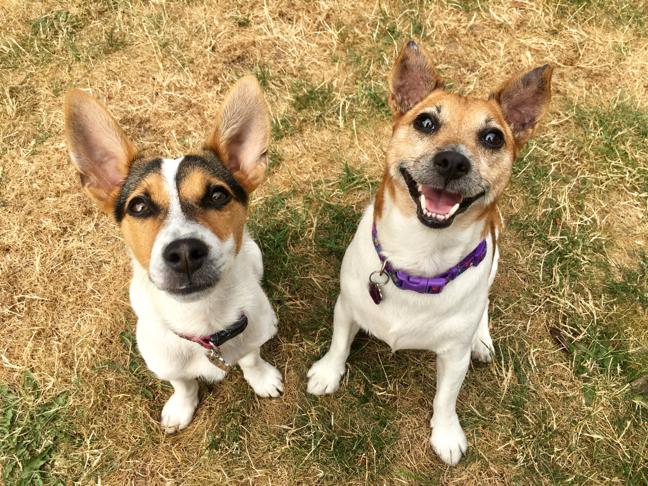 When I started pet sitting in Barry and The Vale of Glamorgan, I came across Buddy and Betsi in Dinas Powys. They are two Jack Russells from the Many Tears Rescue Centre.

Buddy’s owner initially wanted a big dog. When she arrived at the Rescue Centre she was asked what qualities in a dog she was looking for. Loyalty and love. ‘I know just the one’, the shelter owner said and took her to Buddy. Still wanting a big dog, Buddy’s owner moved on and chose another dog but he had already been reserved for someone else. ‘Don’t worry, I know just the one’ said another worker and was taken for a second time to Buddy!

Still with the mindset of wanting a big dog, Buddy’s owner started to leave but was stopped by the manager on the way out. ‘I know just the one, a special little dog’ and for the third time was taken to Buddy!! Buddy’s owner then realised that this special little dog was coming into her life for a reason and Buddy transformed her life! 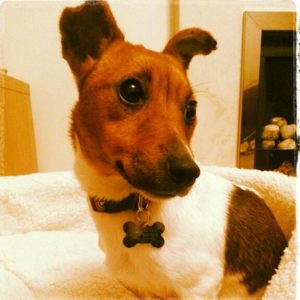 Buddy looking worried on her first day in new home

When Buddy was taken to her forever home, her owner realised that Buddy had never been in a house before. She couldn’t get Buddy off the rug as she was too scared to move. Buddy couldn’t go through a door as she didn’t know what it was. She fell down the step at the back door as Buddy just didn’t know how to negotiate a step. Many rescue dogs have never before been in a home environment and plenty of love and patience is needed to help them settle in. . 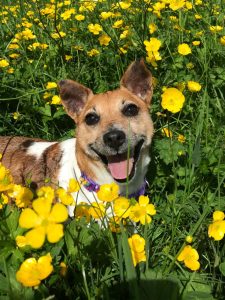 Buddy amongst the buttercups

Buddy is now nine, has epilepsy and liver problems but is a real trooper who enjoys nothing better than being by her owner’s side, going to the beach, playing ball and food!. She’s a bit of a worry wort is our Buddy but is definitely her mama’s girl!

In 2018,  Buddy’s owner decided they needed another companion to complete her little family and again went to the Many Tears Rescue Centre. Betsi was in a group of 4 and lunged at the fence to be the centre of attention, trampling on her brothers and sisters, pick me, pick me! Below are some shots of Betsi on her first day in her forever home: 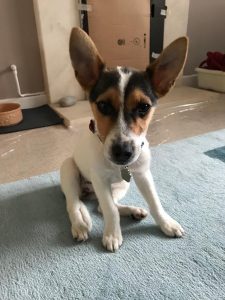 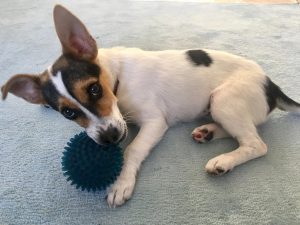 When Betsi first arrived home, she was a wild thing! No clue how to act around other dogs and lots of destructive behaviours. It took much longer than first anticipated to settle her in and make her feel secure but again with much love and patience they got there in the end. Now Buddy and Betsi muddle on by together. Buddy is really good with young Betsi, really laid back when the boisterous pup gets her manners wrong.

Young Betsi is now 2 and full of energy, excitement, love and affection. Her owner describes her as ‘the biggest cuddle monster’ with no sense of spacial awareness!!. This is indeed true as when I sit for these two beautiful dogs, I get ‘Betsi bombed’ as soon as I go through the door. I am showered with kisses and cuddles from Betsi. I absolutely love pet sitting in Dinas Powys for Buddy and Betsi. Two dogs with such different personalities but both with very kind souls and spirits.

Dog Walking in Barry and The Vale of Glamorgan

I often dog sit for Buddy and Betsi when their owner goes away and I love our adventures together when we go out walking. Jack Russells are high energy dogs that require lots of exercise and stimulation. They certainly are not dogs to doze on the sofa all day!

There are so many terrific places for dog walking in Barry and The Vale of Glamorgan. Betsi is always up for a walk. Buddy needs a bit of coaxing due to her age and ailments but when she is out she does enjoy it. Walking them on lead together is hysterical because Betsi wants to go at 200 mph as she is so scared Buddy will get 1cm in front of her! She shouldn’t worry though as Buddy is a real plodder!

I love taking them to Whitmore Bay and Jackson’s Bay in Barry. Being Jack Russells with high prey drives, they like nothing better than chasing anything that moves so love playing fetch. 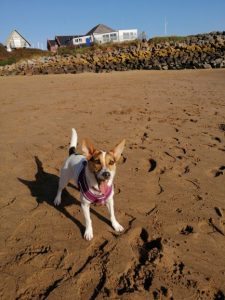 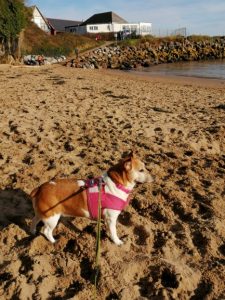 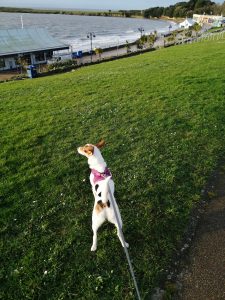 After  a couple of hours dog walking in Barry, I always like to call into one of the many dog-friendly cafes down by the beach.  The Cove is a firm favourite of mine and it’s so nice to be able to relax and have a rest there with a nice Cappuccino and one of their delicious walnut salads. Whitmore & Jackson, Bay 5 Coffee House, K9 plus 1 Cafe are a few other dog friendly cafes in Barry close to the beach. 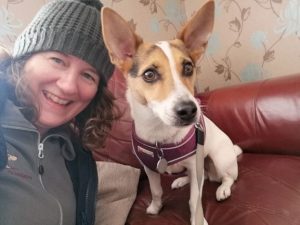 Myself & Betsi chilling at The Cove

There are also some fantastic places for dog walking in Dinas Powys. I love taking Betsi to Parc Bryn-y-Don. As you drive through Dinas Powys on the A4055 towards Barry, the entrance to the park is on the right. There is ample car parking space here, a skate-board park and big fields and woodland areas perfect for dog walking. 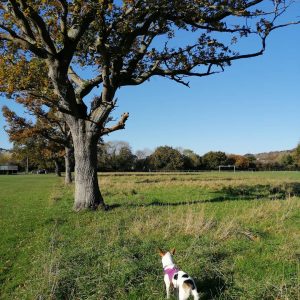 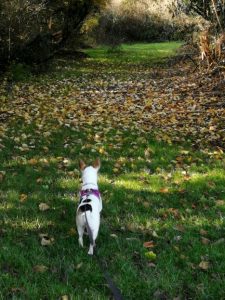 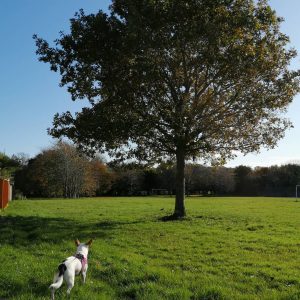 What I love about Parc Bryn-y-Don is the nature. I love taking photographs of the trees as they have a natural beauty. We’ve also spotted lots of squirrels, which Betsi loves and Robins. 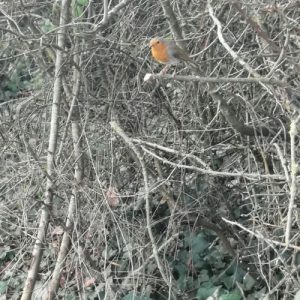 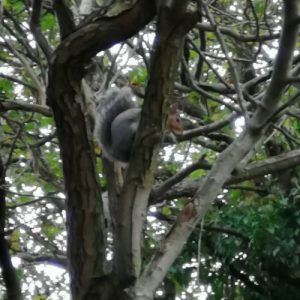 Squirrel in the tree – Parc Bryn-y-Don

I hope you’ve enjoyed reading all about Buddy and Betsi and also about the great locations for dog walking in Barry and The Vale of Glamorgan. Perhaps you know of some other great locations? Please add your comments as we’d love to hear from you. Get all our latest news on our FaceBook page.